Where SUP began for Me,

Home ⁄ Blog ⁄ Where SUP began for Me, 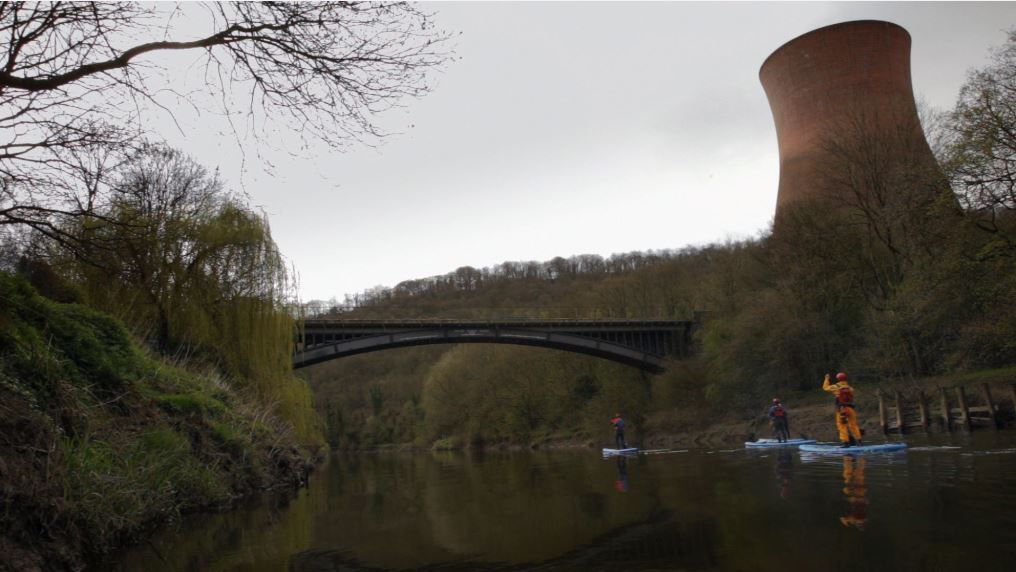 Where SUP began for Me,

I was asked recently where and when SUP started for me.

It was August 2012, when a Guy who I hardly knew, Well I had met him the year before at the 2011 World Bog Snorkeling Championships in Llanwrtyd Wells the smallest town in the UK which can be found nestled on the Southern edge of the Cambrian Mountains in Mid Wales.  I was helping marshal the event but more importantly I was there running my own World Bathtubbing Championships.  Just in case you’re wondering.  Bathtubbing = Kayaking in a Bathtub !!! it’s almost a daft as standing up on a board that floats on water.

Tristan Bawn and the master mind of this nutty excursion was also a keen Severn Bore Rider,  and 2 of his mates wanted to journey the length of the Severn river with a Paddleboard , the longest river in the UK.  Tristan had organised With Red Paddle Co a deal on the New 2013 Explorer boards.  Dean Broad had sort access permissions to use the navigable length of the Severn River, Rob Yates had planned the route and overnight stops, but there were still a few holes in the plan and it fell to me to tick these boxes.  Funding for filming of the journey, Welsh Forestry commission permissions, Mountain Bikes, Van and experience paddling on a river. In time, these all fell into place and our expedition gained momentum.

April 2013 and we found ourselves heading for the top of the Plynlimon the highest point in Mid Wales and the source of the Severn River.  The plan was to walk 4 miles from the summit down to the Hafen Forest car park with the paddleboards rolled up in their Red Paddle Co back packs, then cycle 29 miles on mountain bikes still carrying the boards rolled on our backs.

This may sound slightly daff to some, but remember , I was helping out at the World Bog Snorkelling Championships and I paddle bathtubs. This was slightly straight and a bit to normal for me.

Our first day drew to a close near Caerhowel a bit north of Newtown in Mid Wales. We were glad to see the finish of our cycle ride, not that the boards were hard to carry. Some of us weren’t use to cycling that far.  With sore butts from cycling, we headed for our camping ground for the night.  Safe in the knowledge that the walking and cycling was behind us.

Day 2 arrived very quickly, and we pumped the boards for our first of 7 days planned paddle. A small group of locals had found out about our paddle and had gathered on the bridge to wave us off.  Of course we had studied the river course for weirs and obstacles, read kayaking and other journey logs of other groups who had gone before for useful information on the journey. We had a fair idea of what was to come.

Our boards were laden with deck bags carrying our safety and daily needs but we were travelling light. We had a support vehicle that would follow us with our lunch and pick us up at the end of our day, Also lurking around the next bend, maybe behind a tree or wedged in a bridge support  was a member of the film crew that where following us, snapping pictures and capturing videos of us falling off, or the amazing scenery of the journey.

We paddled on, drifting floating gracefully along laughing, and enjoying the comradeship of the paddle. The towns and cities slowly drifted past, day on day we paddled not wanting the river to finish.

Jackfield rapids was one of the highlight of the journey for me  and seeing the Iron Bridge at Ironbridge. Funny that the town should be called Iron Bridge, when there was an Iron Bridge there that you can SUP under.  In those few days the 4 of us fell in love with SUP.

The amazing experiences of this trip, changed my world forever.

Since then I have been a SUPMADKIWI.  I have since made many journeys on rivers and waterways in the Wales, Scotland, England and New Zealand. Later this year my longest challenge yet, the 720 km  “Yukon River Quest” in Canada.

SUPreme Adventure !!!!  the only way.